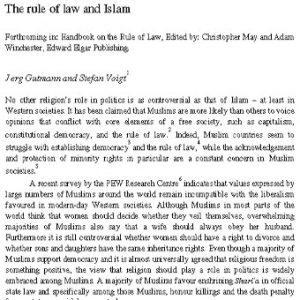 Title: The Rule of Law and Islam

No other religion’s role in politics is as controversial as that of Islam – at least in Western societies. It has been claimed that Muslims are more likely than others to voice opinions that conflict with core elements of a free society, such as capitalism, constitutional democracy, and the rule of law. Indeed, Muslim countries seem to struggle with establishing democracy and the rule of law, while the acknowledgement and protection of minority rights in particular are a constant concern in Muslim societies. A recent survey by the PEW Research Centre indicates that values expressed b large numbers of Muslims around the world remain incompatible with the liberalism favoured in modern-day Western societies. Although Muslims in most parts of the world think that women should decide whether they veil themselves, overwhelming majorities of Muslims also say that a wife should always obey her husband. Furthermore it is still controversial whether women should have a right to divorce and whether sons and daughters have the same inheritance rights. Even though a majority of Muslims support democracy and it is almost universally agreed that religious freedom is something positive, the view that religion should play a role in politics is widely embraced among Muslims. A majority of Muslims favour enshrining Shari’a in official state law and specifically among those Muslims, honour killings and the death penalty for apostates are widely supported. 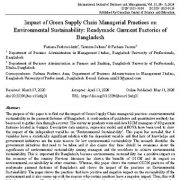 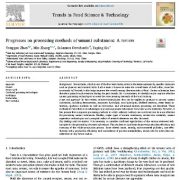 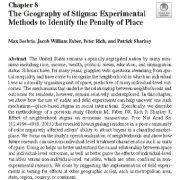 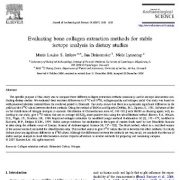 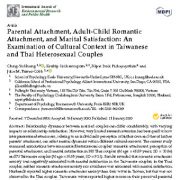 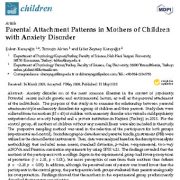 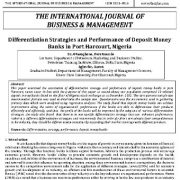 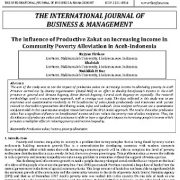 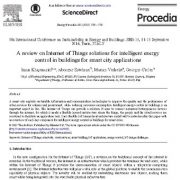 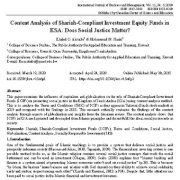