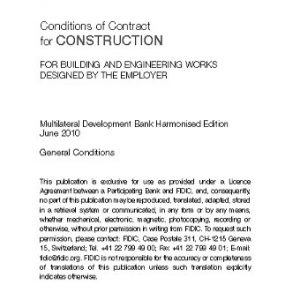 Title: Conditions of Contract for CONSTRUCTION FOR BUILDING AND ENGINEERING WORKS DESIGNED BY THE EMPLOYER